2018 NCAA Tournament: Get To Know The Texas Longhorns

2018 NCAA Tournament: Get To Know The Texas Longhorns

Get To Know The Texas Longhorns

Get to know Texas hoops

When Nevada takes the court on Friday they face the 10th seeded Texas Longhorns who are, of course, out of the Big 12. Since watching Big 12 hoops on a regular basis is not in my wheelhouse we reached out to someone who covers Longhorns hoops.

We chatted with Cody Daniel of Burnt Orange Nation to get to know this Longhorns team.

1. What team, if any, has Texas faced that is similar to Nevada this year?

I’m not sure that Texas has seen a team too similar to Nevada this season, but at least offensively, West Virginia comes to mind in terms of the versatility. It’s an experienced group that’s not exactly overwhelming at first sight, but they’re efficient, know their identity, and save for Sagaba Konate, they play fairly positionless basketball. And when guys are hitting from deep, they can bury you.

2. This Texas defense is really good, so what makes them great and how can they slow down Nevada’s top 20 scoring offense?
Much of Texas’ defensive success can be credited to the team’s general versatility with guys like Kerwin Roach II and Jericho Sims being able to defend multiple positions. There won’t be too many instances in which Texas becomes the victim of a major mismatch. And of course, it helps when a young man named Mohamed Bamba is patrolling the paint.

3. Who are a few players that Nevada should be paying attention to this week?
After missing or being limited throughout the past five games with a toe injury, Bamba is 100 percent healthy, so he’s obviously a difference-maker, especially on the defensive end. Dylan Osetkowski, Bamba’s running mate in the front court, is far from the most consistent offensive threat, but when he finds a rhythm and starts hitting threes, Texas becomes a dangerous team.
And lastly, Roach. With Andrew Jones’ season being cut short due to leukemia, Roach was often the one to shoulder the load offensively, averaging 14.6 points throughout the last 14 games of the regular season, leading Texas to key wins over Oklahoma State and West Virginia. He’s quietly become a complete two-way player for the Longhorns.
4. Texas’ roster has been impacted with Mo Bamba’s toe injury, Eric Davis out due to the FBI probe and Andrew Jones diagnosed with leukemia. How has the team handled this impact on the roster?
As seen by the 14 losses, there has certainly been some hiccups as Texas adjusted to those issues. The loss of Jones is the only one that appears to have had some semblance of a positive impact, as the team has said numerous times it gives them a purpose and will to fight each night, but as far as the actual rotation is concerned, it’s been the next man up mentality. The issue is there’s no consistent answer on who that next man is. On some nights, Roach and Osetkowski shoulder the load, and on others, it may be Bamba and Matt Coleman. Or it could be a random explosion like Jericho Sims’ 17 points against West Virginia, or Jacob Young’s 29 points against Texas Tech in the Big 12 Tournament. There’s no telling who will lead the Longhorns against Nevada.
5. What will it take for Texas to get a victory over the Wolf Pack?
For starters, Texas can’t let Nevada get hot from the perimeter. The Wolf Pack ranked 20th nationally in made threes, and if Nevada does find its stroke, Texas doesn’t own the offensive firepower to keep up if it becomes a high-scoring affair. Getting Nevada in foul trouble early could also help decide the game. Since Lindsey Drew’s injury, Nevada has essentially instituted a six-man rotation, with Elijah Foster seeing just 46 minutes since the Drew’s injury and the rest of the bench seeing only 14 total minutes. If Texas can attack early, it may force guys that have hardly seen the floor as of late to try and impact an NCAA Tournament game, and that’s a tall order. 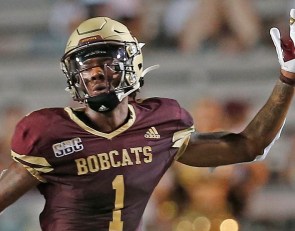 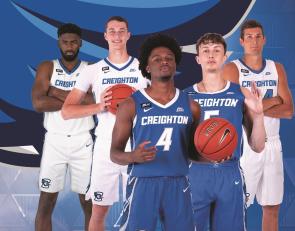 2022 NCAA Tournament SDSU vs. Creighton: Get To Know The Blue Jays 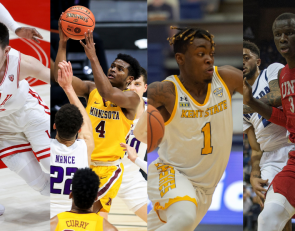 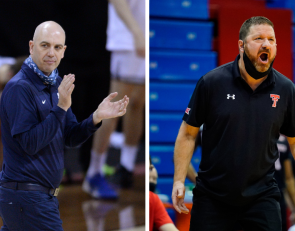