San Jose State’s search for a new director has ended

An accomplished fundraising professional and seasoned administrator with two decades of successive experience in higher education, Thiel will lead a brand-new University Advancement team dedicated to supporting SJSU Athletics. His first day as head of the athletics advancement unit will be on January 29.

“Thiel is well prepared to lead the growing University Advancement team that is dedicated to collaborating with SJSU Athletics on expanding support for student athletes, coaches and the university overall, with the goal of meeting, and then perhaps exceeding, peer institutions.”

Thiel will bring a successful resume to San Jose State as a senior associate athletics director and chief development officer at Rice University, where he and his team completed $41.5 million in fundraising for three capital projects, including a football operations and student-athlete training center, locker and team rooms for six sports, a grandstand and team space for track, and a new batting cage and hospitality area for baseball.

Previously, Thiel served as an associate development director for Stanford Athletics and the Stanford University School of Medicine.

“Josh Thiel will be an important asset for San Jose State and SJSU Athletics as we grow competitively in the Mountain West and complete improvements to our South Campus sports facilities,” Athletics Director Marie Tuite said.

“Josh’s athletics, collegiate and development experience is exactly what we need to realize the potential for our athletics advancement unit as we seek to leverage everything we have with the goal of transforming support for our student athletes, coaches, staff, and the university as a whole.”

Reporting to the vice president for University Advancement, with a dotted-line reporting relationship to the director of athletics, Thiel will oversee collaborations with athletics and advancement leadership on major gifts, special events and other external functions.

In addition, Thiel and his team will guide athletics-focused annual giving and related efforts that’s currently housed in the Spartan Foundation, the Order of Sparta and the Quarterback Club.

“I have long admired San Jose State University for the value Spartans place on success on the field, in the classroom, and through service to the larger community,” Thiel said.

“As San Jose State seeks to capture more conference titles and as it continues to modernize its storied athletics complex, there are many opportunities to build support in the heart of Silicon Valley and beyond. I am looking forward to leading a team with such enormous potential.”

Thiel brought a new sense of energy and enthusiasm to Rice Athletics, where he and his team revitalized fundraising as mentioned below:

• Completed $41.5 million in fundraising for three capital projects including a football operations and student-athlete training center, locker and team rooms for six sports, a grandstand and team space for track, and a new batting cage and hospitality area for baseball.

• Doubled cash received to $14.75 million during his first year as chief development officer.

• Assisted with a solicitation plan for $12 million gift, the largest in Rice Athletics history.

• Increased the number of donors by 78 percent in three years, including a 110 % increase in annual fund donors.

At Stanford, Thiel fostered relationships that resulted in a number of firsts for athletics as well as the medical school.

• Secured the lead gift for a $700,000 wrestling team room renovation. 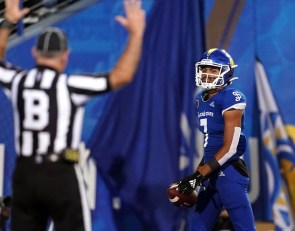 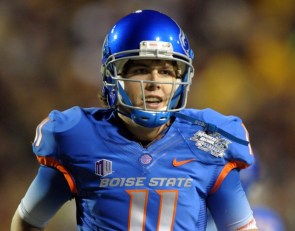