Surprise scholarships are the best.

The San Jose State football season was not great this year with the 2-11 record, however was some great news to a pair of Spartan players who were awarded with a scholarship.

The first one is Harrison Hoffman who is a speciality player and was the teams long-snapper. He was one of the best in the conference and the amount of times that the Spartans had to punt he never messed up, and his scholarship was well earned.

Long snapper @Harry_hoff50, who was recently named to @philsteele042’s All-Mountain West 3rd Team, just learned he has been awarded a scholarship by @coachbrennan!#LetsGo pic.twitter.com/0smPI5yd6w

The other was true freshman linebacker Alii Matau who got better as the season went along by playing in six of the final seven games for San Jose State. His stats were not great but he should have a bigger impact in 2018.

True Freshman Alii Matau learned this morning that he has been awarded a scholarship by @coachbrennan!#LetsGo pic.twitter.com/fRLaDAI1fF 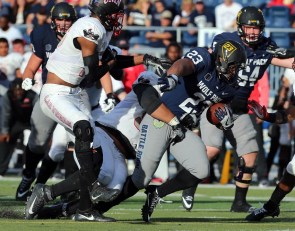 PODCAST: What Is The Ceiling For Mountain West Teams Part 2 How good/bad can the West Divison teams be? Contact/Follow (…)